I made a connection this week with Alan Ouzoonian, a fellow genealogy researcher. While we aren't related, our families knew eachother and were friends. I wanted to share some photos with him that are (mostly) not identified, so I thought I would post them here as well. 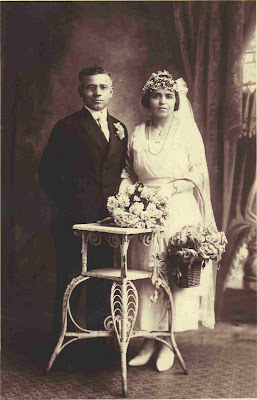 * unfortunately I can't distinguish the fourth letter and am not sure if the last letter is k.
** not sure if it says Baloultsian, Balatsian, Bouloutsian or Boulatsian. ou or a are not very distinguished... (I, Michelle, am guessing Paloutzian) 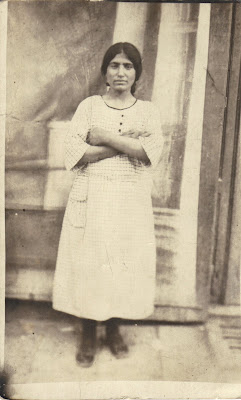 This photo above of a woman had a note on the back and my mom had written a translation that she thinks she got from Auntie Louise Paloutzian that says "May 22, 1923, A gift in remembrance of your grandmother Toorvanda (Theresa) Kachadooryan of Perchanj." So, it is a grandmother of a Paloutzian or a Tatoian, maybe. 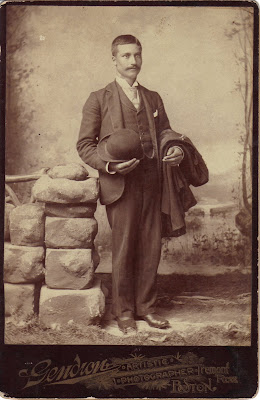 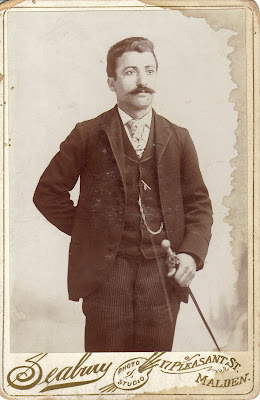 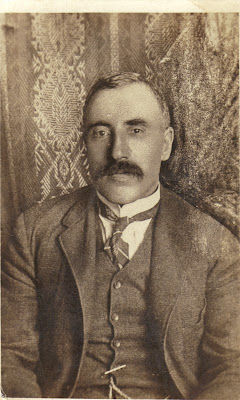 I think the man above could be Giragos Tatoian. 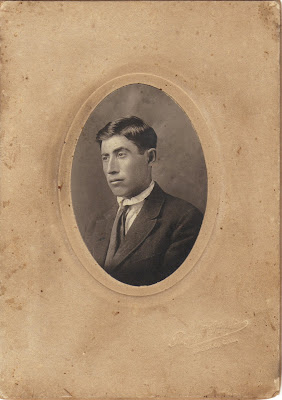 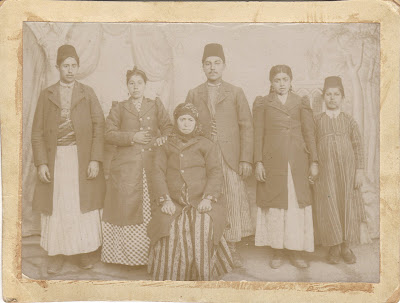 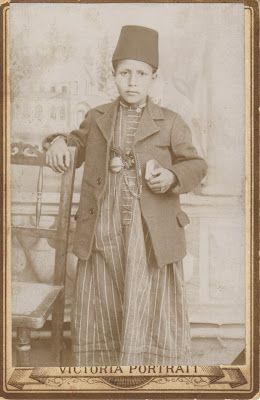 
This obituary was published in the San Francisco Morning Call newspaper on 27 July 1891. Roger Doherty was my great-great-great grandfather. He and his wife Ann(e) had 6 children; William, Ann, Mary Jane, Elizabeth, Lily and John. Mary Jane died sometime between 1880 and 1900. She was listed at age 14 in the 1880 census record. William and John seemingly did not marry or have children. William might have been married for a short time as he is listed as a widower in one census.
Ann married Edgar Coxe and had one son, William. He also did not marry. Ann and her family lived next door to her mother on Elsie St. in San Francisco.
Elizabeth (Peeps) was married to Ewen Davidson and had, Claire (Mammy). Ewen died, and she later married Louis Levenberg (Pop), after his wife, Elizabeth's sister Lily, also died. Lily and Louis had 2 daughters, Mildred and Loretta. Peeps had 3 more children, Joseph (Bud), Elizabeth (Beth) and Louis (Lou).
Interesting to note in the obituary: Roger was a native of the Parish of Mohul(sic) in County Leitrim, Ireland; Leadville, Colorado papers are asked to copy - was there a relative there?; Roger would be buried at Mount Calvary Cemetery, one of the cemeteries that was later moved to Colma, CA.
on June 04, 2009 No comments: